There are plenty of attractions and activities to see and do when you come to stay at our luxury serviced apartments in York, from shopping and drinking cocktails to something a little more alternative and adventurous. The city also sees several events and shows throughout the year, so if you are planning a mini break to the north in the coming weeks leading up to Christmas, we have put together some of the things on at the theatre that may be of interest to you.

The York Theatre Royal, located on St Leonards Place, has been producing drama in the city for 270 years and is one of the UK’s leading producing theatres. Over 200,000 visit the theatre each year for the variety of performances they put on, including the annual pantomime. You can book tickets for performances via their box office on 01904 623568. A hilarious cabaret musical about depression sounds like an odd concept, but the musical is joyful, unrelenting and honest, which has gained high praise from critics when it premiered at the Edinburgh Fringe. Written by Olivier Award winner Jon Brittain and music by Matthew Floyd Jones, the message of the music is it’s OK to not be OK. Tickets are £12.50 and for ages 16 and over.

An adaptation of one of Jane Austen’s beloved novels, the story follows sisters Marianne and Elinor Dashwood as they look to save their future and fall in love. Austen shows sharp-wit, and the play offers a refreshing look at love and heartbreak from Olivier Award-winning writer Jessica Swale. Tickets are £15.

Audiences love the unpredictable programmes from Ballet Black. The company is led by Cassa Pancho and celebrates dancers of black and Asian descent, showcasing mesmerising precision and grace in the performances. The double bill includes a story about women in South Africa under apartheid followed by a contemporary view of Shakespeare’s A Midsummer Night’s Dream. Tickets start from £15, and it is recommended for ages 12+.

The Elves and the Shoemakers, 11th December to 5th January

A family-friendly performance, The Elves and the Shoemaker is York Theatre Royal’s Christmas treat, with tickets at £12. There will be live music, puppets and theatre magic in this adaptation of the Grimm Brothers’ fairy tale. There are relaxed performances of the play too if you are visiting with younger children, and performances are at 1pm with some performances at 10.30am and 6pm.

Join in the celebration of Berwick Kaler’s 40th year as York’s legendary Dame in the brilliant The Grand old Dame of York. A family-friendly performance, this year you can expect songs, dancing, wonderful sets and costumes, with many side-splitting jokes and slapstick comedy. As the run of the panto ends in February, it’s a great event choice if you want to keep the Christmas cheer going into the new year! Tickets are between £16.50 and £23.50.

The Grand Opera House on Clifford Street hosts touring productions of musicals, plays, ballets and opera along with performances from touring comedians. See what shows are on in the next few months that you can attend when you visit York. The award-winning Irish comedian is bringing his new show Dr Cosmos to York. Moran shares his unique view on politics, misery, love and everyday life, delivered in his famed deadpan and witty style. His show is sure to get you laughing! Tickets are £29.15 plus a booking fee.

Andrew Lloyd Webber’s popular musical Cats is coming to York by the Pick Me Up Theatre company. The musical tells the story of the Jellicle Cats who come out to play on one special night, the Jellicle Ball. Cats is one of the longest-running shows on the West End stage and Broadway, and you can enjoy a show-stopping performance of Memory. Tickets range from £13.40 to £30.40, plus a booking fee.

The Bowie Experience is the number one show in the world and features all of the late, great David Bowie’s hits such as Space Oddity and Let’s Dance. The show is a truly authentic tribute to one of the world’s biggest music icons and has received rave reviews from all around the country. The running time is two and half hours, including the interval, and tickets range from £13.00 to £27.50 depending on seating.

Three Bears Productions are returning to the Grand Opera House for the third year, this time with their Cinderella pantomime. The cast includes Amy Thompson, Michelle Heaton and Ken Morley. A family-friendly show, the production company has received praise for their previous pantos, as they are full of laughs and slapstick comedy along with delightful costumes and sets. Tickets range from £23.15 to £32.15 plus a booking fee, and matinee shows are available too.

York has loads of fantastic venues for events and shows, and there are loads on in the lead up to Christmas. If you want to catch a more festive show, read on to see what will get you into the Christmas cheer!

After a day bustling about the city shopping, this event is the perfect antidote. At the National Centre for Early Music, based in St Margaret’s Church on Walmgate, the much loved York Early Music Christmas is back for its 20th anniversary. Over ten days, you can enjoy highlights such as Bach’s Christmas Oratorio presented by Yorkshire Baroque Soloists and performances from a mix of new and established artists such as Spiritao, the York Waits and Voces8.

On two back-to-back evenings, York Minster is hosting its annual carol concerts, performed by the York Minster Choir. The Yorkshire Volunteers Band will also be performing, leading the audience to join in with some well-known Christmas carols. There will also be celebrity readers performing seasonal poetry. Tickets are £15 to 30, and starts at 7pm.

Keep up to date with our blog to find out more about attractions, activities and events which take place in York and Harrogate so you can plan your stay! Contact us today to find out about Christmas bookings too! 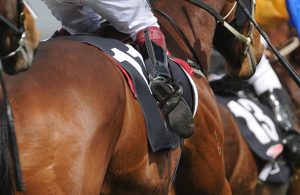 High quality action, a catch up with friends and spring offering hope eternal. York in May is a fantastic 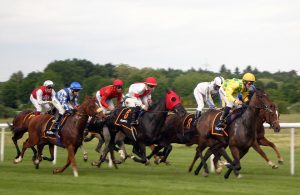 Planning Your Day at the York Races

York Racecourse stages 17 race days between May and October every year, giving visitors the chance to experience world-class horseracing and entertainment. There is so...

Hotels are fascinating places. Around the world, many hotel owners aspire to do things differently in order to surprise