/ Latest News/ All about York: The rich history inside these walls

All about York: The rich history inside these walls

When you plan your visit to Yorkshire, where else are you going to go but York? The remarkable city has always been a key part of England’s history, ever since it was founded by the Romans 2000 years ago!

Today you’ll find York an exciting and fascinating place to spend your break, whether you’re here for a day trip, week-long break or longer. Whatever your tastes, you’re sure to love your time here in York.

As a major northern city, York attracts visitors from all over the region, country and the globe. The town’s significant tourism sector is a sign you’ll be well looked after, no matter where you go.

Urban explorers will find plenty of interest, including a walk atop the ancient city walls, a stroll through the medieval market street known as Shambles, or a walk around the many parks and gardens in the heart of the city.

The city has also been referred to as the foodie capital of the North with places to eat in York ranging from exciting Italian and Asian outlets to swish gastropubs offering real English ale.

For history and culture buffs, the city has plenty to offer as visitors can learn all about the Roman rule, Viking invasion, the Wars of the Roses and other fascinating highlights of its long and colourful history.

For younger visitors, try the York Dungeon (for a scare) or the Jorvik Centre (for a more sedate ride through the recreated medieval streets).

Here at the Lawrance Apart-Hotel we’ll be pleased to guide you towards more sights when you visit, including what’s on now and where to get a bite to eat. We’ll look forward to welcoming you to York. 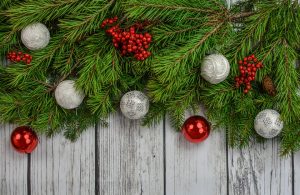 12 Days of Christmas at The Lawrance

In the lead up to Christmas, we thought we would gift our customers – both old and new – some tantalising offers you can expect... 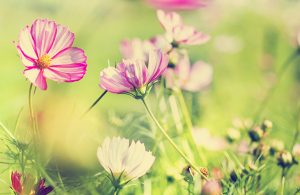 The Harrogate Flower Shows are widely regarded as the UK's biggest and most prestigious independent gardening events. 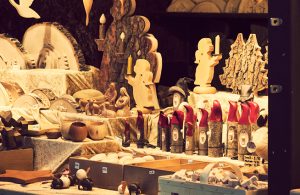 St Nicholas Fayre is one of the most popular Christmas markets in the UK, with thousands of visitors coming to York