Historical Points of Interest in York

The city of York has taken great lengths to ensure that its history is not lost. Unlike many other cities, preservation work has retained the heritage and historical significance of York and has allowed it to blossom into a unique city where the new world meets with the old. Its architecture is what underpins York’s visible history, with a grand gothic cathedral and structures that have been pulled from a bygone era. Below, we highlight some of the most important and most evident points of interest that the city has to offer and why you should visit them:

A magnificent structure that can be seen as you walk through the city, York Minster, also known as The Cathedral Metropolitical Church of Saint Peter in York, is one of the largest of its kind in Northern Europe. The term ‘minster’ is given to churches that were established during the Anglo-Saxon period. The first recorded church to have been built on the current site was a wooden structure in the year 627. The church has since been destroyed and rebuilt on various occasions, with the most recent and defining work being carried out during the 13th to the 15th century which gave the cathedral its Gothic style. Dating back to Roman times, the York City Walls are a daily reminder of a bygone era. Fortunately, large portions of the wall remain intact and can be seen as you walk throughout the city, and walked on themself. Initially built in approximately 71 AD, the walls were built to defend a Roman fort which occupied roughly 50 acres of land. Around 800 years later, the city was occupied by the Danes and because of the poor condition of the defences, the towers that adorned the walls were demolished, except for the Multangular Tower, and the walls themselves were restored to a more stable condition.

Dating back to the 14th century, The Shambles is a street characterised by its buildings with overhanging timber frames. The name is derived from a name the street once held which was ‘The Great Flesh Shambles’ perhaps taken from the Anglo-Saxon word ‘Fleshammels’, which describes the shelves butchers used to store and display their meat. Once being home to more than 20 butchers shops, the street now has none, as they have been replaced by gift shops, restaurants and other businesses. The Shambles is believed to have been one of the inspirations behind Diagon Alley from JK Rowling’s Harry Potter series. The old ruins of a once great abbey lies in the heart of York’s Museum Gardens, where people are able to appreciate and enjoy them at leisure. Once the richest abbey in the north of England worth roughly £2,000 a year in 1539 (equated to £1,230,000 in 2016), the abbey suffered, due to the dissolution of the monasteries under Henry VIII. Because of this, the abbey was closed and subsequently destroyed leaving the remains that we see today. The ruins are not protected by any fences or restrictions which allows people access to walk right up to them and appreciate their significance up close. Having been lovingly restored to its original grandeur and splendour, this building is a stunning example of a medieval townhouse that dates back to the mid 14th century. During its lifetime, the property’s condition slowly declined and by the 1900s was in poor physical health. Thankfully, the York Archaeological Trust acquired the property in 1987, changing the name to the current Barley Hall and restored the property in an effort to build a museum. Today, Barley Halls stands as a historical landmark in the city and is certainly worth paying a visit to.

Dating back to the more recent early 1960s, the York Cold War Bunker was in active operation for 30 years before being turned into an attraction for visitors. The attraction opened in 2006 and was declared an English Heritage Scheduled Monument which will protect the building from any unauthorised change. The guided tour lasts for one hour and is enhanced by a short film so that visitors can truly understand how it would have felt to be under the threat of nuclear war.

The city of York is truly majestic and will offer visitors a completely different experience to other cities. The Lawrance apart-hotel, York, is located at the heart of the city and within walking distance of all of these attractions and monuments which makes it the ideal base for staying while exploring the city. Our luxury apartments are fully equipped with everything you’ll need for your stay in York and we’re sure that our team will make your time with us as enjoyable and comfortable as possible. You can book online or give us a call to find out more. 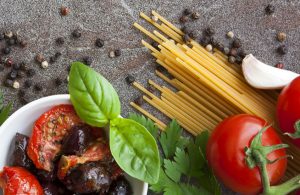 Here at The Lawrance Harrogate we are all excited to be welcoming back to Harrogate this Spring, the ultimate day out 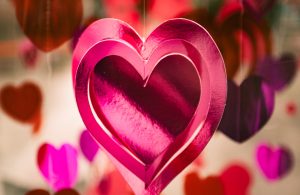 An Alternative Valentine’s Day in York or Harrogate

Valentine’s Day is just around the corner and here at The Lawrance, we love to make things extra special for the guests visiting us for... 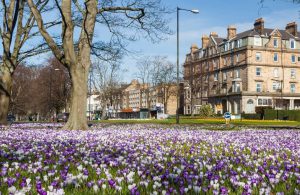 Things to Do in Harrogate on a Sunday

No matter the weather or time of year, there is no better place for a relaxing weekend with your partner, family or friends than the...