Everything You Need to Know About The Tour de Yorkshire

The Tour de Yorkshire is a road cycling race in Yorkshire, returning for its fourth year this week on Thursday 3rd May and finishing on Sunday 6th May. The idea for the race started from the successful visit of the 2014 Tour de France to Yorkshire when the first two stages were held in the county, going from Leeds to Harrogate and York to Sheffield. This year, the Tour de Yorkshire has been extended to four days, meaning the riders will tackle four stages through gorgeous Yorkshire countryside.

The top road cyclists from around the world compete in four stages over four days, with the routes traversing the wonderful Yorkshire landscape. The cyclists will pass through three National Parks, romantic moorland, picturesque villages, and along dramatic coastline. Each stage has different types of terrain, such as hilly for lots of climbs or flat roads for sprints.

Stage 1 takes place on Thursday 3rd May, with a start location of Beverley, finishing in Doncaster. The distance is 182km and the average time is four hours 30 minutes.

Stage 2 takes place on Friday 4th May, with a start location of Barnsley, finishing in Ilkley. The distance is 149km and the average time is three hours 40 minutes.

Stage 3 takes place on Saturday 5th May, with a start location of Richmond, finishing in Scarborough. The distance is 181km and the average time is four hours 30 minutes.

Stage 4 takes place on Sunday 6th May, with a start location of Halifax, finishing in Leeds. The distance is 189.5km and the average time is five hours.

Several well-known teams will be taking part in the Tour de Yorkshire including Team Sky and the Great Britain Cycling Team, and more star riders are being announced every day. There will be British riders taking part too, from big names like Mark Cavendish who rides for Team Dimension Date and 11 Yorkshire based riders including Ben Swift and Tom Pidcock riding for Great Britain Cycling Team. Olympic champion Greg Van Avermaet is another world-renowned road cyclist taking part this year, the second time since the first Tour de Yorkshire in 2015. As an international sporting event that is quickly making a name for itself, the Tour de Yorkshire has previously attracted some famous names in road cycling, including Sir Bradley Wiggins.

The Asda Tour de Yorkshire Women’s Race has two stages, taking place on Thursday 3rd May and Friday 4th May. The Women’s Race for Stage 1 also starts and finishes at Beverley and Doncaster, but the route is shorter at 132.5km. The women’s Stage 2 race starts at Barnsley and finishes at Ilkley like the men’s race, but is 128km.

The Women’s Races set off earlier in the day, and 2018 will see the two stages instead of one. The Tour de Yorkshire is leading the way when it comes to promoting women’s cycling, and you can see the top female riders from around the world compete for the prize money of £50,000. The best places for watching the Tour de Yorkshire is at the start, when the riders set off in either Beverley, Barnsley, Richmond or Halifax, or at the end of the race when they are competing for the best time, in Doncaster, Ilkley, Scarborough and Leeds. There will also be several spots along the routes, either in the towns and villages they pass through or in ‘highlight’ stretches; where the riders are tackling a climb or sprinters are going all out for glory. Wherever you choose to watch the race from, why not make a weekend of it? Book a last minute stay at our serviced apartments, York and make your way around Yorkshire catching the exciting riders whizz by! If you can’t make it, be sure to head to Yorkshire soon to explore the beautiful landscape the race follows, and keep The Lawrance luxury aparthotels in mind when you visit York for other events.

The Tour de Yorkshire also gives 6,000 amateur cyclists the chance to ride the same roads as the professionals. The amateur race takes place on Sunday 6th May and participants have a choice of three routes, each finishing on the same place as the world’s top cyclists.

Contact The Lawrance today to find out more about the luxury accommodation we have in York and Harrogate and take a look at our blog for ideas on how to spend your time in England’s biggest county!

Historical Points of Interest in York

The city of York has taken great lengths to ensure that its history is not lost. Unlike many other cities, preservation work has retained the... 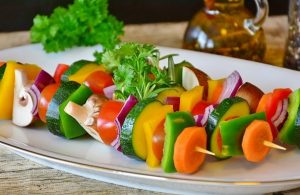 York Restaurant Week returns for its second year! Visitors and residents alike will have the chance to sample some delectable discounts at a selection of... 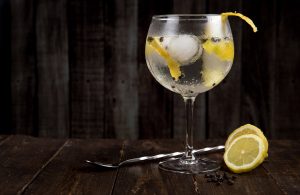 Recent national polls show that the amount of gin enjoyed in Yorkshire is second only to London and the drink’s popularity up North has inspired...