Celebrating Ramadan in York and Harrogate

Ramadan, the ninth month in the Muslim lunar calendar has begun, beginning this year on the evening of Tuesday 15th May and ending on the evening of Thursday, June 14th. It is a time when Muslims make an extra effort to better themselves as humans through fasting and prayer.

How is Ramadan Observed?

Fasting is the most well-known aspect of the month; practising Muslims are not allowed to eat between sunrise and sunset, teaching self-discipline, restraint and generosity. It is common to have an early morning meal, the suhoor, and evening meal, the iftar, after sunset, to break the day’s fast. Fasting is one of the five pillars of Islam, seen as an act of worship and a chance to become closer to Allah.

Ramadan is a significant part of the year for Muslim, and there are certain days in the month that are extra special, starting with Hilal, the crescent moon marking the beginning of a month. The Night of Power or Laylat al-Qadr is the holiest night of the year, which falls on the 27th of the month. The Night of Power commemorates the day when Allah revealed the Quran to the Prophet Muhammad.

Muslims mark the end of Ramadan with Eid al-Fitr, beginning this year on the evening of Thursday 14th June. The religious holiday marks the end of fasting, and men, women and children will wear their best clothes, and proceed to the local mosque, community centre or park for the Eid prayer. There is a day of feasting and will also exchange gifts and decorate their homes for the celebration.

Celebrations in York and Harrogate

There is a large Muslim community around Yorkshire, from Bradford and Leeds to York, and there will be celebrations taking place for Eid al-Fitr at the end of Ramadan in local parks, bringing food, games and family entertainment.

In Harrogate, there is no specific centre for worship or mosque, though prayer and celebrations often take place at St Roberts Conference Centre. In York, celebrations are likely to take place at the York Mosque & Islamic Centre on Bull Lane.

For more information about staying at The Lawrance during Ramadan and events taking place in York and Harrogate, please contact us to find out more. 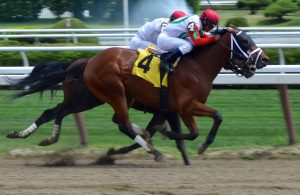 6 Reasons to Extend Your Racing Break in York

A racing break in York is bound to be a highlight in any social calendar and the start of the season is just around the... 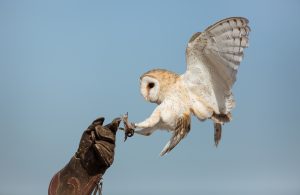 What You Need to Know About the Great Yorkshire Show

The Great Yorkshire show is an iconic event in the Yorkshire calendar, seeing over 130,000 visitors and 8,500 animals converge on the showground near Harrogate... 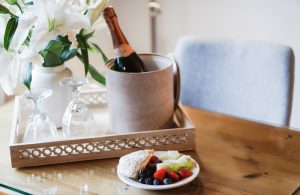 Top Tips for Celebrating in Yorkshire in Style